Beating the Bounds
Continuing the theme of picking out places on the outer fringe of our parish boundaries I will go west this month to focus on Ambrook. On our Beating the Bounds route we venture quite close to Ambrook House and below we have a picture of villagers gathering in the Square for the 1950 Beating the Bounds For many of us now Ambrook House is associated with the Italian Gardens which many in the village have had the good fortune to visit. Fascinating as they are you will not be surprised to hear that there is a long history attached to Ambrook.

The last Lords of the Manor were the Peters family. In 1655 the title of Lord of the Manor was sold off to Sir John Peters. By 1673 we learn that Sir John had sold off the manor lands and the title of Lord of the Manor was no longer used.
Ambrook – a Medieval manor
The first record we have of Ambrook dates from 1185 when we learn that the whole of the land of ‘Ombroch’ (spelt as Ambroke in a later endorsement) was leased to Martin Fishacre for two marks of silver and at a yearly rate of thirteen shillings and four pence.
In 1238 the assize rolls described Ambrook as a ‘Franklin’s’ (a landowner of free but not noble origin) mansion and then in 1250 Margaret, a descendant of Ralph of Fougeres, grants to another Martin Fishacre the lawful right of pasture of his land at Ipplepen. Then in 1259 William Fishacre is granted the whole of the land at Cumbe which subsequently becomes Combe Fishacre.
The Fishacre family owned land in Broadhempston, Paignton, Kingswear, Waddeton, Yalberton, Galmpton and Moreleigh.
Later Owners of Ambrook
Other notable families resident at Ambrook were the Fulls, the Neyles, the Shapcotes and the Palks.
The garden was laid out between 1909 and 1912. Arthur Smith Graham moved to Great Ambrook House in 1899 and lived there until he died in 1928.
He was followed by Thomas Cuthbert Shaw and then, in 1933, by Enid Milner whose family remained until 1963. By this time, the gardens had fallen into neglect and their restoration began when rediscovered by owners Mr. and Mrs Kenneth Rees in 1988.
It has been a Grade 11 listed building since 1955. What we see now is an eighteenth-century house on the site of a medieval manor with a seventeenth century rear wing. A music room was added between 1909 and 1912. 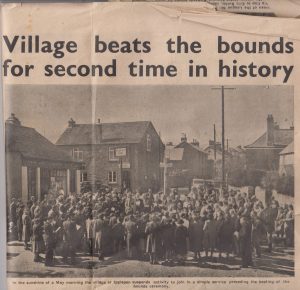